Limited Period Offer : Get Flat 4% off! use Coupon Code: " INSTANT4 " at checkout.

Overview
The MR Series represents Cort’s mission to provide the highest quality traditional instruments with superb workmanship and modern features at an unbeatable value. The classic dreadnaught body has a Venetian cutaway for easy high fret access and is equipped with Fishman electronics to deliver the MR’s natural acoustic sound to an amplification system for both live and recording applications.

Solid Spruce Top
Spruce provides an ideal balance between strength and flexibility, hence its overwhelming popularity as the wood of choice for tops of acoustic guitars. Spruce’s versatile sonic character makes it ideal for a variety of musical genres and playing styles.

Mahogany Back & Sides
Bright yet natural with a strong and warm midrange, the beloved mahogany wood has been a standard for back and sides on premium acoustics for many decades.

Scooped Bridge
The exclusive scooped surface bridge from Cort enhances sustain with greater string angle from the saddle to the body while reducing tension on the strings across the neck were less finger fatigue and improved playability.

This is my first purchase from Bajaao.com and I loved it ! Thank you so much Bajaao.com I am contented with the guitar I purchased. Bajaao.com gives the platform where we can get variety of instruments of different brands. Much satisfied. 😊

Was the birthday gift for my son. So far he is loving it. If you want to hear how it sounds, check his first video with this guitar - https://youtu.be/dwsi-R5lwEw. Sound from mic and pickup are mixed in this recording. Neck is thin, smooth and action is low enough out of the box. There was a bajaao setup checklist in the box, so not sure if it was adjusted by them or was factory setting. Think it should be possible to go still lower without buzzing. It is already low enough to play high frets comfortably, so don't see a need to change it for now. Don't have enough experience with other solid tops, but this does have nice resonance and sustain. Tone difference from laminated top guitars is very easily audible. The top is two piece, but not really visible unless you look for it. Playability is good throughout the fretboard.
Cons: Nothing that can't be rectified or worked around. The string spacing at the saddle wasn't even out of the box. Not sure if the factory should be blamed or bajaao setup. Saw the same in other review pictures, so seems to be common problem. Anyway, it was an easy fix, just loosened the strings and tightened at the right place. A notch was already formed on the saddle at the wrong position, but it didn't create any problem in moving strings to the new position. Looks like the saddle is plastic since it formed notch so easily. A spare saddle is also provided in the package.
The jack doesn't seem to be standard. The standard 1/4" jack should not be pushed in fully. It snaps into place with about 5-6mm still outside. The cort CE304 preamp with builtin tuner is working well.

Best product at this price range but the worst service which actually compensate the product. If there's any of negative marking I would rather go with that only for service (FedEx).

This is totally worth the money, the sound and build quality is impressive. The solid top really amazes you with the sound. This guitar surely gives you a premium feel. I'm so impressed with Cort, they offer so much in this price range. 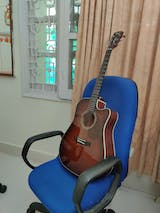 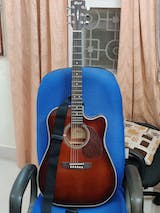 N
N.G.
Bad Service as well as a faulty product.

I had ordered this product and it got shipped after almost a week and a half later. When I received the product, the action was ridiculously high, there was a significant amount of belly bulge under the bridge, and also the white binding at some places was kind of cracked. For a guitar this expensive I totally did not expect all of this. Overall I just hated my experience.

W
W.M.
The best gift i ever bought for me

Its Trully Very Fantastic, i love the built-up quality and loooks. Its looking very premium guitar. Must ho for open pore color if you want premium looks 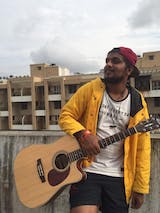 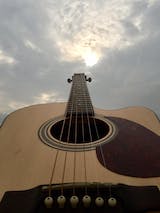 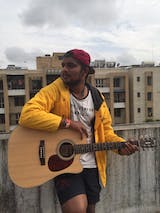 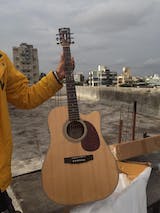 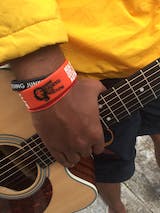 Happy with the product and delivery. I would recommend this to the intermediate and pro guitarists who are up for any acoustic/unplugged shows. Alluring colour and texture of the guitar. The tuner on the preamp works fine. Still I will recommend not to rely on the preamp for tuning completely as a safe side if you're going for a show. When I received the product, the sixth string(E-high) was a little rusty. Would recommend to change the complete set of strings after some days after you receive the product. Otherwise this guitar is super. Paisa wasool.

V
V.S.
Beautiful sound and premium...u will love it 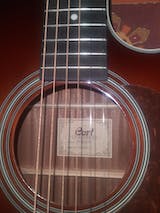 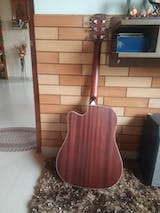 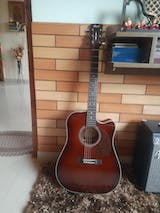