Limited Period Offer : Buy any 2, Get 5% off. Apply coupon "ADDON5" During checkout. Browse all products on offer.

Limited Period Offer : Get Flat 4% off! use Coupon Code: " INSTANT4 " at checkout.

Good support from bajaao and supporting team and bajaao is trustworthy

So, I ordered a Dunlop 65 Ultraglide string cleaner & lubricant for a total amount of 528/- and the bottle was extremely light, like it was literally half filled when I took it out of the package it had a leakage but I checked inside the package there were no signs of a spill. Anyway, I just wanna say that I am a frequent user of this product and I am fully aware of the quantity it comes with, I compared the new bottle from Bajaao with my old bottle which I have been using for the past 2yrs and the weight is almost the same, which means either you are being dishonest to your consumers or you may be being ripped off by the seller you got it from, because this is definitely not the full amount, I know how much 60ml weighs. Or the product might have spilled on the way and evaporated in which case you should come up with a better packaging strategy to avoid it.
The delivery person was impatient, and unwilling to deliver at the given address, I had to request him to come to the location which I had clearly mentioned on my order, he was reluctant and I could hear his heavy sighs over the phone which made me feel like I was asking for too much when I was not, all delivery person come and deliver it right where I have mentioned but except for this guy, at last he came, he reached within 30 seconds, so you can imagine how close he was but still was hesitant, any other day and I would have gone but it was raining and I couldn't leave home, I got the package and said thank you, he had no courtesy to say anything back. Also, while I was coming down the stairs to recieve my package, hardly 20 seconds down the line, this guy had again rang me with a somewhat impolite tone. Then he went off and called me after 5 mins and told me to send me the barcode and details which are on the front of the package which is his job in the first place but since he left in such a haste, he forgot to do it. I whatsapped him the barcode and details. I don't usually complaint but when I do, there is serious amount of consideration behind it. I hope you look into it. Thanks. 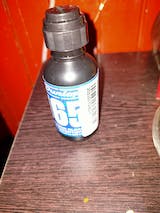 g
gakyi yangzom
Packing of the product is 3rd Class

Product is good. But the way Bajaao has packed the product was totally out of this world. More than half of the above product mention was spilled all over my other products. So Bajaao team must focus on Packaging the product well so that it will reach to the customer as expected. Apart from that Product is good.

A
Aminul ISLAM
Quality as well as quantity

It's been only a week yet, so can't say about the long term usage .. but so far it's quiet fine, smooth and easy to use.. Ps""i feel like lemon oil is also quiet effective for cleaning strings, just put it on a piece of none furry cloth and put some drops of it..and wrap the strings and swing it up and down the strings... I have been trying this for 3 years atleast,,, it really keep the strings sounding new,, specially the lower strings G,D,A,E